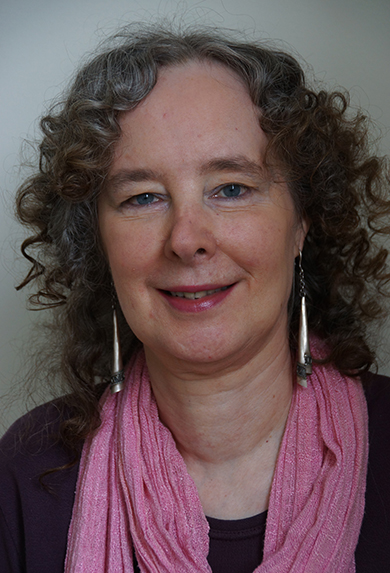 Theologian, studied a combination of theology and social sciences at Leiden University and worked as a (liberal) hospital minister. In addition she gave spiritual guidance to colleagues and led many courses in the field of spirituality.
In July 2013 she published You sing in me Your name: mystical journal/anthology, published by Discovery Books, Leeuwarden. This book is based on the mystical breakthrough experience that befell her in 2003 and the mystical process that followed. Her full diary of this period will appear in the near future.

The spiritual has played an important role in the life of Carine Philipse. In her early childhood she was fascinated by angels, but she was also a very earthly child. Therein is already recognisable that for her spirituality permeates everything, without any distinction.

After her studies she considered going into a convent, but her health was not found good enough. Carine then worked 35 years with heart and soul as a (liberal) hospital minister, a position in which she  assisted people with diverse religious backgrounds. Because of her daily contact with people of all walks of life, Carine began, little by little, to free herself from traditional religious dogmas. This enabled her to give better support and comfort to the dying and their families.She also lead church services and gave training in the field of spirituality. Currently she leads reading groups, with whome she reads mystical texts.
Experiences of unity with God have determined her life to a great extent. She sees mysticism as the core of every religion, as something that transcends religions. She sees union with God  as the essence of our existence.

An interesting detail is that Carine is the sister of the philosopher Herman Philipse, who made his name with the atheist manifesto (1995). Following the publication of his God in the Age of Science? A Critique of Religious Reason (2012) she wrote in Trouw:

God and family
“Trouw devoted much attention to the new book by my brother, Herman Philipse. He wrote a scientific foundation of his previously published Atheist Manifesto and stated in this paper that “the chapter God is now closed.” This is different in my life. I myself have worked 35 years with dedication as a (liberal) minister in the hospital sector. Now I’m retired and writing a book on mysticism. A contributor made a true remark this week, that in the Philipse family there are two very different thoughts on this matter.

Honestly, I never understood what the point is in trying to prove that God exists or does not exist. Faith to me is not holding on to a number of beliefs, whose truth or falsity can be proved by science. Faith speaks in a different language and on a different experience level than science. Both can exist very well together and do not cancel each other out. ”